Filipina’s debut party: a coming of age for a young woman in the Philippines 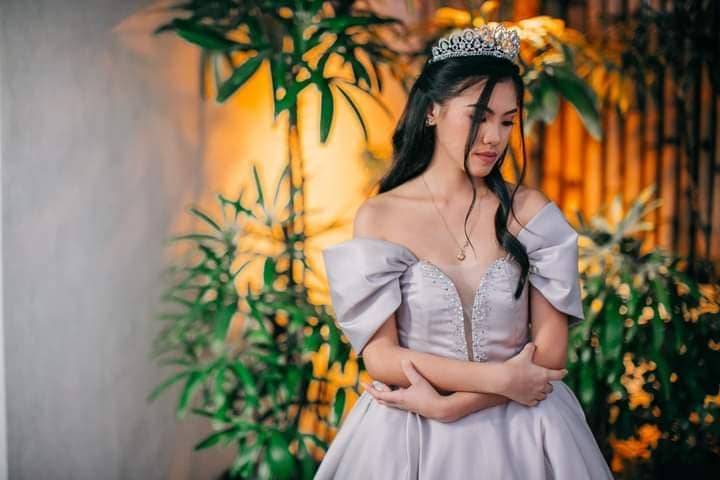 Because it is a regularly observed Philippine tradition of womanhood, many young girls dream of having their debut party on their 18th birthday. It is a coming-of-age ceremony in the Philippines, where the age of maturity for young women is 18.

What is a Debut in the Filipino Community?

When Filipinas reach 18 years of age, it becomes one of their major milestones in life as their debut signifies their step into the world of adulthood, or their coming of age, as they say.

The Filipino community will already treat them as “dalaga,” which means a single young Filipina who has passed the stage of puberty or an eligible young Filipina. Accordingly, the parents will now allow their daughter to start dating someone and have a boyfriend. It’s like the parents’ or guardians’ public announcement that their daughter can now be courted by eligible young men or bachelors (Gono, 2019).

Several generations ago in the Philippines, debuts were also a way of introducing a young lady to society as a woman — one then eligible for marriage at the age of 18.

For this occasion, the debutante has her own hand-picked entourage of 18 individuals or multiple sets of 18.  In most cases, the debutante may choose 18 flowers (mostly roses) and 18 candles if she wishes to.

The Philippine Debut is said to have come from the Quinceanera practiced in countries in Latin America. It also signifies a girl’s transition to womanhood but at the younger age of 15 or “quinze”. It is also known by some other names including “festa de debutantes“, “baile de debutantes“, “festa dequinze anos“, and “fete des quinze ans“. Some countries have more religious tones than others but the rites observed are essentially the same.

The Rituals and Symbolisms

A typical Philippine debut celebration is marked by rituals that include 18 members of the entourage, 18 roses’ dance, and 18 candles.  There have been more recent additions such as 18 treasures and 18 shots. Its typical ceremony begins with a short prayer invoking blessings upon the debutante.

The debutante enters, and performs traditional dances with her court for their guests. The most important one is known as the “Grand Cotillion Dance”, usually a waltz. This waltz dance is usually composed of an entourage that is consist of nine pairs which include the debutante and her escort. This is considered to be the highlight of a woman’s formal debut. The cotillion performs an elaborate waltz dance that would last between five to twelve minutes. The dance is a formal waltz dance (although the debutante may wish to incorporate a modern twist to it).

Any debutante may choose any other flowers. But why is it that roses are the most common? The redness of its petals is attractively domineering like a young lady who blossoms into a beautiful woman. Its thorns serve as a defense against detractors and protection from pain.

The 18 flowers (mostly roses) have different interpretations. For one, they represent 18 males in the debutante’s court as a symbol of courtship. As part of my spiels, I’d say that 18 roses symbolize the debutante’s readiness in the area of romance.

According to tradition, eighteen guys would dance with the debutante after presenting her with a rose during this part of the evening. The debutante and her father traditionally open the dance, followed by the debutante and a very special male in her life (a suitor or boyfriend), however, she can have it in any sequence she wants. A host would normally begin each “rose” with a description of the man’s position in the debutante’s life. Instead of the classic waltz, this historic dance can be performed in dynamic modern pop music.

I learned also from another blogger that 18 roses have lush symbolism in them. These are the following:

After the males have finished, the ladies will get their chance. The eighteen candles presentation is a part of the ceremony in which eighteen ladies representing the debutante’s closest family and friends give her best wishes and speeches while carrying a candle. Their various spiels will later guide her through life. It could be a toast/roast hybrid that reveals aspects of the debutante’s true personality through anecdotes recounted by her family and friends. This is ideally opened by the mother who is considered the “ilaw ng thanan” in a Filipino family.

This is a more recent addition to what was previously a three-part event that has progressively gained traction over time. 18 treasures are the tokens that the debutante may need as she goes on in her journey toward womanhood. The debutante’s eighteen treasures segment consists of eighteen of her closest friends or relatives from both genders who bring gifts to bear that will play a significant role in her adult life, aid her in her journey as a young woman, or represent anything she may encounter or experience as an adult. The gifts should be presented with a speech that is insightful, imaginative, or even humorous.

The 18 blue bills symbolize financial stability and independence. They are also known as “the 18 thousands” and are among the most recent rituals in debut parties. This should be reserved for precious older relatives to your debutante. Once this portion starts, have each guest prepare a thousand peso bill. As they approach the debutante, they can pin it on her dress or have them hand it over to her. In some instances, 18 bills may come in any color.

The eighteen shots symbolize an expression of goodwill and honor to the debutante.

You can serve low-volume alcohol to make it more celebration-friendly. Allowing the debutante to make her own decisions instills in her a sense of responsibility that is appropriate for this milestone.

Before taking the shot, each guest should think of something unique to say to the debutant. Make certain that the individuals your kid invites are close pals. It gives this moment greater significance.

The possibility of having other rituals is endless. You could even have 18 sweets, 18 declarations… the list goes on.

It’s every would-be woman’s dream to throw a beautiful debut party. Make it a day to remember. Below is a sample program. You may choose to modify it according to your preference.

This website uses cookies to improve your experience while you navigate through the website. Out of these, the cookies that are categorized as necessary are stored on your browser as they are essential for the working of basic functionalities of the website. We also use third-party cookies that help us analyze and understand how you use this website. These cookies will be stored in your browser only with your consent. You also have the option to opt-out of these cookies. But opting out of some of these cookies may affect your browsing experience.
Necessary Always Enabled
Necessary cookies are absolutely essential for the website to function properly. These cookies ensure basic functionalities and security features of the website, anonymously.
Functional
Functional cookies help to perform certain functionalities like sharing the content of the website on social media platforms, collect feedbacks, and other third-party features.
Performance
Performance cookies are used to understand and analyze the key performance indexes of the website which helps in delivering a better user experience for the visitors.
Analytics
Analytical cookies are used to understand how visitors interact with the website. These cookies help provide information on metrics the number of visitors, bounce rate, traffic source, etc.
Advertisement
Advertisement cookies are used to provide visitors with relevant ads and marketing campaigns. These cookies track visitors across websites and collect information to provide customized ads.
Others
Other uncategorized cookies are those that are being analyzed and have not been classified into a category as yet.
SAVE & ACCEPT
Forum
%d bloggers like this: