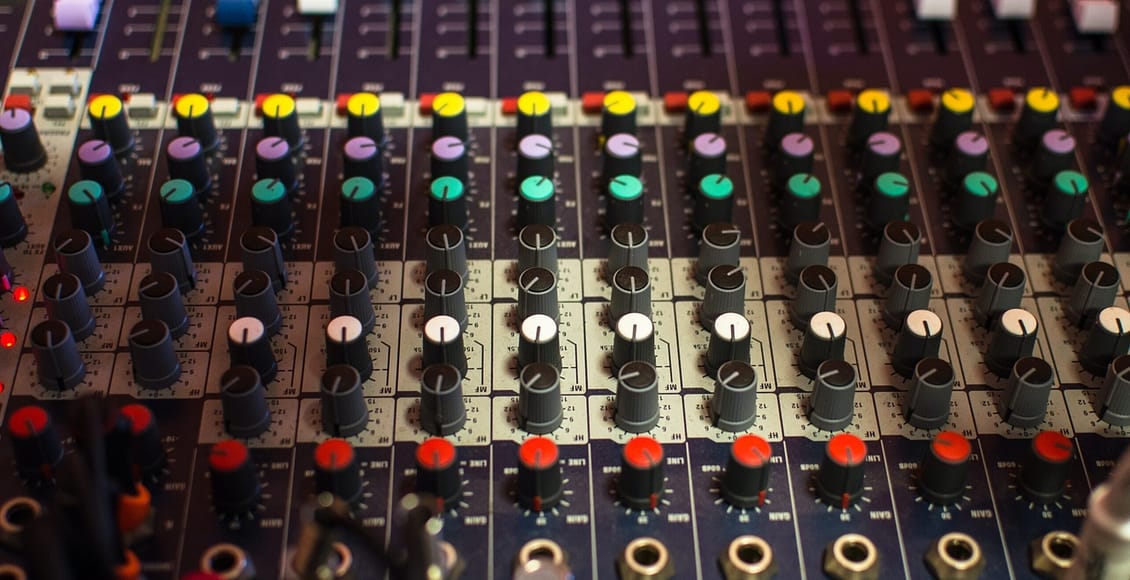 Music sets the tone (no pun intended) for any event—wedlock party, debut party, corporate event, among others. It instantly establishes the energy in a space and influences the emotions of the guests. Well-chosen music will build feelings of excitement, happiness, and anticipation in your audience.

As an event DJ or spinner, it is a must for you to be familiar with the most common musical scoring terms.

Ever heard of bed, bumper, hook, and sweeper? Do you know what do they mean in the context of musical scoring?

In my career as an event DJ, I use this in sorting and naming the music stored in my drive.

A music bed, simply put, is a song. It is typically an instrumental song, meaning no vocals. Its sole purpose is to add ambiance or emotion to a video, a podcast episode, a video game, or wherever someone may have a need for background music. A good music bed will add just the right amount of flavor without taking the attention away from the main event.

This is the part of a song that is unique in the listener’s ear, such as the portion of the song the listener usually likes and remembers the most. A song hook is a short lyrical line or melodic phrase used to catch the listener’s ear and make a song engaging. It’s attention-grabbing, catchy, and makes the song memorable.

Musical hooks are most evident in styles like rap, hip-hop, R&B, pop, rock, and dance music. It is often placed in the chorus of a song. Moreover, hooks can be lyrical, melodic, rhythmic, or instrumental. They support the main idea of a song in a shorter form than a chorus.

Bumper music, or a bump, refers to short clips of signature songs or theme music used to buffer transitions between programming elements, typically lasting no longer than fifteen seconds (albeit it may last even longer if necessary).

A bumper (sometimes known as stinger) can be used to introduce, end, or link various sections of audio or audiovisual production. Sometimes they are also called sounders and can often have voice-over and sound effects incorporated with them.

A sweeper is a recorded element, such as a voice, voice-over music, or sound effects, that bridges two songs together or creates a transition.

A stager is a musical effect that establishes and holds; good for dramatic emphasis. In our event, Papa Kiko (my mentor and coach) uses this to signal the guests that the event is about to start. For easier recall, I refer to this as the build-up music.

This is moving from one musical selection to another without any announcing or interruption. Simply put, this is to make sure that there is a smooth transition from one song to the next one.

A term for a technique used when the host/emcee (or even the DJ) announces the title or the artist of the song he/she just played. In a wedlock party, for instance, this is when someone gives a song number and you introduce the title of the song that has just been rendered.

A signal to begin and go on with talking, introducing records, etc.

The instrumental beginning of a song leading up to the vocals, also known as the intro.

Sound bites that have been lifted from movies, television programs or other sources to be used by DJs to accentuate programming.

Being familiar with these terms gives you an edge in the industry as you are likely to be hired by musical directors because you will better understand each other in the production should there be any on-the-spot changes.

Take a look at this vlog to get a sneak peek at how we apply these things in practice:

If you are looking for a mobile DJ for your social and corporate events in Davao city, contact me by calling/texting +639919784945.

Why music is crucial to the life of your celebration

Why music is crucial to the life of your celebration

This website uses cookies to improve your experience while you navigate through the website. Out of these, the cookies that are categorized as necessary are stored on your browser as they are essential for the working of basic functionalities of the website. We also use third-party cookies that help us analyze and understand how you use this website. These cookies will be stored in your browser only with your consent. You also have the option to opt-out of these cookies. But opting out of some of these cookies may affect your browsing experience.
Necessary Always Enabled
Necessary cookies are absolutely essential for the website to function properly. These cookies ensure basic functionalities and security features of the website, anonymously.
Functional
Functional cookies help to perform certain functionalities like sharing the content of the website on social media platforms, collect feedbacks, and other third-party features.
Performance
Performance cookies are used to understand and analyze the key performance indexes of the website which helps in delivering a better user experience for the visitors.
Analytics
Analytical cookies are used to understand how visitors interact with the website. These cookies help provide information on metrics the number of visitors, bounce rate, traffic source, etc.
Advertisement
Advertisement cookies are used to provide visitors with relevant ads and marketing campaigns. These cookies track visitors across websites and collect information to provide customized ads.
Others
Other uncategorized cookies are those that are being analyzed and have not been classified into a category as yet.
SAVE & ACCEPT
Forum
Sign in / Join
Sign in