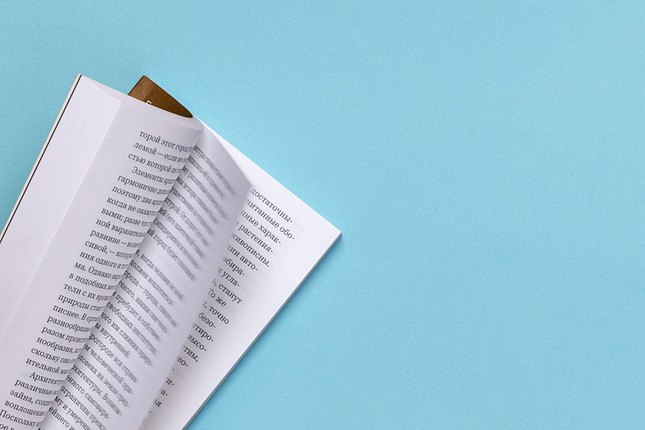 Why should we use literature in an ESL/EFL classroom?

While there has been an ongoing debate on the notion of whether literature should be used in a language class, it is clear that it has various beneficial functions when incorporated in our language pedagogy. There are a number of reasons why we have to use literature in the language classroom but we will take a look at nine of them.

Contents hide
1 Reasons for using literature in the Language classroom
1.1 Literature is authentic material.
1.2 Literature encourages interaction.
1.3 Literature expands language awareness.
1.4 Literature educates the whole person.
1.5 Literary texts provide opportunities for multi-sensorial classroom experiences and can appeal to learners with different learning styles.
1.6 Literature can help learners to develop their understanding of other cultures, awareness of ‘difference’ and to develop tolerance and understanding.
1.7 Literary texts are representational rather than referential (McRae, 1994).
1.8 Literature lessons can lead to public displays of student output

Reasons for using literature in the Language classroom

Many scholars (Bretz, 1990; Kelly, and Krishnan, 1995; Gilroy, and Parkinson, 1997; Belcher, and Hirvela, 2000; and Kim, 2004)Belcher, Diane & Hirvela, Alan. (2000) have discussed the use of literature, in general, and in particular, in ELT classrooms for developing language skills and recommended the use of short-stories in teaching and learning of English as a foreign language. Such debates and discussions, on the role and use of short-stories in ELT classroom, have often concluded on recommending storytelling as a holistic approach to language teaching and learning.

Clandfield (2011)1Clandfield, Lindsay. “Teaching Materials: Using Literature in the EFL/ ESOL Classroom.” Onestopenglish, 3 July 2006, https://www.onestopenglish.com/methodology-tips-for-teachers/teaching-materials-using-literature-in-the-efl/-esol-classroom/146508.article. believes it is good to expose learners to this source of unmodified language in the classroom because the skills they acquire in dealing with difficult or unknown language can be used outside the class.

Regie Routman of Reading Essentials (2002) states, “Authentic literature refers to narrative and expository texts that are written in the original, natural language of the authors. These texts are not written with a controlled vocabulary or rewritten to achieve a particular score according to a readability formula.” Authentic literature is often referred to as “real books” or “trade books,” meaning these books can be found in a library and aren’t written in a particular readability formula.

Authentic literature includes a variety of genres such as narrative texts, nonfiction or expository texts, historical fiction, and so much more. Authentic libraries should be colorful and diverse and include exciting options for our students.

Literary texts are often rich in multiple layers of meaning, and can be effectively mined for discussions and sharing feelings or opinions (Clandfield, 2011).
Since literature deals with the “slices” of life, our language learners can easily relate to them. It can not be denied that literature offers a wide array of life experiences from which we can not help but share such a wonder to others.

Asking learners to examine sophisticated or non-standard examples of language (which can occur in literary texts) makes them more aware of the norms of language use (Widdowson, 1975).

By examining values in literary texts, teachers encourage learners to develop attitudes towards them. These values and attitudes relate to the world outside the classroom.

Texts can be supplemented by audio-texts, music CDs, film clips, podcasts, all of which enhance even further the richness of the sensory input that students receive.

Literary texts offer a rich source of linguistic input and can help learners to practice the four skills.

In addition to exemplifying grammatical structures and presenting new vocabulary, literature also aids in the learning and acquisition of speaking, listening, reading and writing skills.

At the same time, literary texts can deal with universal themes such as love, war and loss that are not always covered in the sanitized world of course books.

Literary texts are representational rather than referential (McRae, 1994).

Referential language communicates at only one level and tends to be informational. The representational language of literary texts involves the learners and engages their emotions, as well as their cognitive faculties. Literary works help learners to use their imagination, enhance their empathy for others and lead them to develop their own creativity. They also give students the chance to learn about literary devices that occur in other genres e.g. advertising.

Literature lessons can lead to public displays of student output

Through posters of student creations e.g. poems, stories or through performances of plays.

For a variety of linguistic, cultural and personal growth reasons, literary texts can be more motivating than the referential ones often used in classrooms.

Focusing on literature while teaching language

How to ace your virtual scholastic event emceeing

The shifts and turns in teaching grammar

The Dogme Approach to Language Teaching

This website uses cookies to improve your experience while you navigate through the website. Out of these, the cookies that are categorized as necessary are stored on your browser as they are essential for the working of basic functionalities of the website. We also use third-party cookies that help us analyze and understand how you use this website. These cookies will be stored in your browser only with your consent. You also have the option to opt-out of these cookies. But opting out of some of these cookies may affect your browsing experience.
Necessary Always Enabled
Necessary cookies are absolutely essential for the website to function properly. These cookies ensure basic functionalities and security features of the website, anonymously.
Functional
Functional cookies help to perform certain functionalities like sharing the content of the website on social media platforms, collect feedbacks, and other third-party features.
Performance
Performance cookies are used to understand and analyze the key performance indexes of the website which helps in delivering a better user experience for the visitors.
Analytics
Analytical cookies are used to understand how visitors interact with the website. These cookies help provide information on metrics the number of visitors, bounce rate, traffic source, etc.
Advertisement
Advertisement cookies are used to provide visitors with relevant ads and marketing campaigns. These cookies track visitors across websites and collect information to provide customized ads.
Others
Other uncategorized cookies are those that are being analyzed and have not been classified into a category as yet.
SAVE & ACCEPT
Sign in / Join
Sign in